It's bank holiday Monday and although I didn't have a huge amount planned I thought I would snap a few pics of my day seeing as it was mostly book and yarn related :)

a/n: most of these are iPhone pictures, so excuse the quality

The day started as it often does with some reading. I've been picking this up and putting it down for a couple of weeks now, it's only a little book but a fun light read so I find it easy to grab when I'm not really awake yet. Rapidly followed by breakfast (tea and a chocolatine, nom), IM-ing and some YouTube beauty videos from my subscription box This is a pretty regular sight all day, but I probably first opened it during breakfast, it's Tiny Tower, a free game on the iPhone/iPod where you build a skyscraper. It is seriously addictive! While the rest of the family put away Christmas for this winter (I wasn't being lazy and not helping, I had to put it all up because my mum fractured her arm and my sister was away at Uni and it was rather stressful and tiring, so I said my sister could take it down while she was home) I sat and wove in the ends of my Bon Temps Marina Shawl now that it is all blocked and pretty. (FO report coming soon!) After some thorough cleaning of the house I sat down to watch a film from a favourite series of mine, and one which is often shown around Christmas and New Year, Harry Potter and the Philosopher's Stone. It seems so strange seeing the stars so young every time I watch and it definitely isn't my favourite of the series, but it is always fun, I love when Ron gulps before valiantly sacrificing himself in the chess game, such wonderful acting ;)

And as the day began to draw to a close I realised I had missed one of my traditions, I am a HUGE Agatha Christie fan, and watch the Poirot or Marple that is shown at Christmas every year but this year I missed it and so instead watched on ITV Player. It is a bit confusing though, as this is the first episode of season 12, and we have already seen all the other episodes, this one wasn't shown last year. Not sure why, it was still great though! 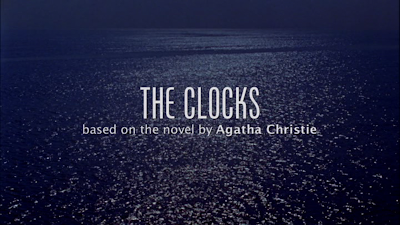 After some telly watching I did a bit of knitting on this lovely pattern, and then realised I had gone wrong somewhere and decided to frog and start again. When I did frog though I had the genius idea to wind the yarn and chop out the horrible khaki colour bits in the Noro Kureyon Sock I was using, god knows what Noro were thinking including such a muddy shade amongst such lovely vibrant blues and pinks! So now I have some lovely bright balls of yarn (left, bad picture doesn't really show how yucky the other ones are) and some horrible shades which im sure I will still find use for (right) all ready for casting on, which I think I will do right now! I hope you all enjoyed your bank holidays if you had them off :) xo